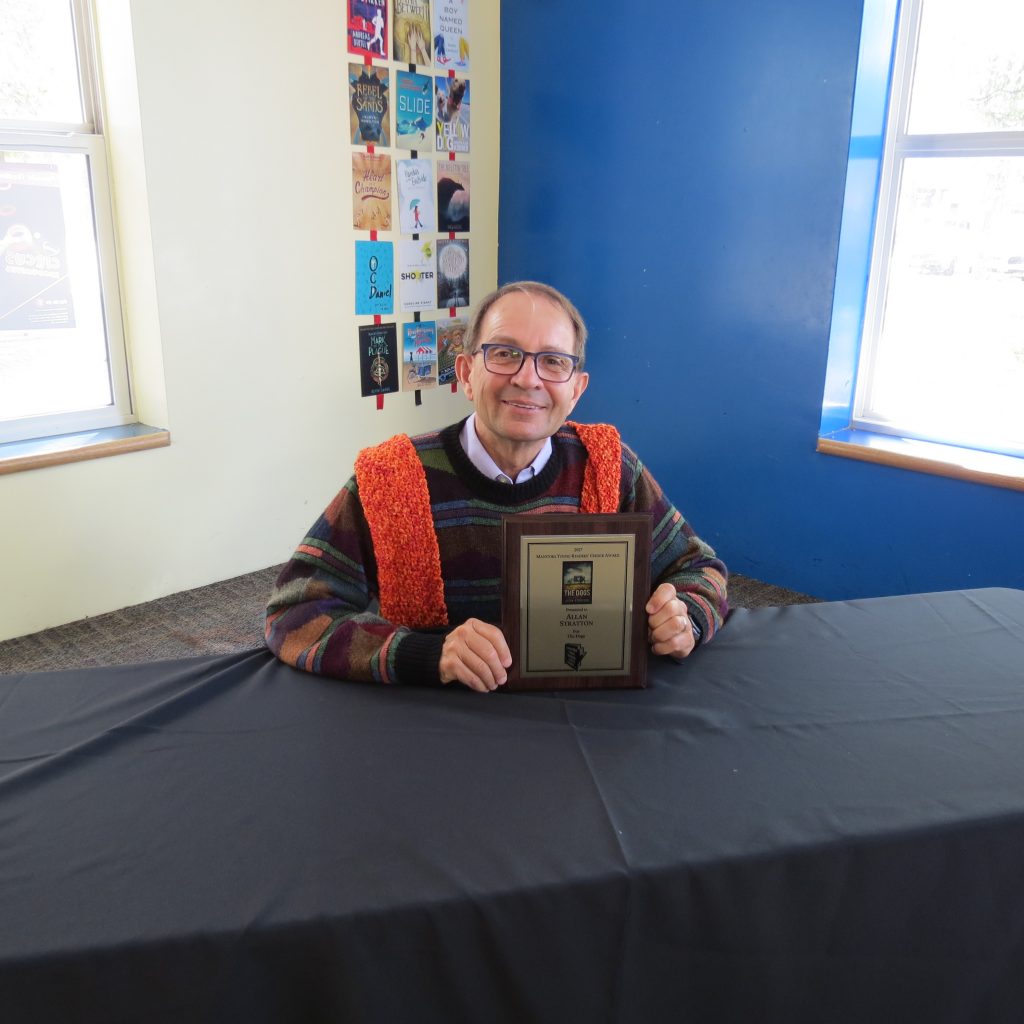 On September 29th 2017, the 27th annual MANITOBA YOUNG READER’S CHOICE AWARD was presented to Allan Stratton for his novel The Dogs.  He was selected by Manitoban children who had read at least 3 books from the nominated list. Honour book winners were Kevin Sylvester for his novel Minrs and Kevin Sands for his novel The Blackthorn Key.

Allan Stratton is a prolific Canadian author and has won numerous awards both in Canada and internationally, writing for all age groups, in several genres including novels and plays. As he told the children who came to see him, he worked as an actor for many years, but writing was always his dream. Allan says that his greatest influence in his life was his mother, who showed incredible fortitude in leaving his father and his violent abuse while he was a child in the days when such things were frowned upon. The Dogs was directly influenced from these events.

The MYRCA award ceremony was held at the Manitoba Theater for Young People and was attended by over 300 students from Winnipeg and rural Manitoba. The ceremony is an invitation only event and the room was filled to capacity with students who read the nominees and voted for the award. The MYRCA committee was very proud to be able to partner with Thin Air, the International Writer’s Festival who provided us with the theater space and hosted Allan on their School Stage events during the week. Allan was able to take in several readings and was very excited to be invited during this incredible event. He told us that Thin Air is one of his favorite festivals in all of Canada!

Lisa Ferguson’s class from Victor Mager School were honoured with hosting the event. The grade 6, 7 and 8 students did a remarkable job presenting Allan with his award. Logan, Mirha, Amelia, Sami, Jency, Dupe and Allison were poised and polished, well-rehearsed and very professional. They also produced a book trailer about The Dogs that Allan loved so much that he asked them if he could use it for his website. The students were very excited to meet him and the buzz backstage before the ceremony was electric. Allan offered the students some sage words of advice regarding nervousness before a show, his past years of working as an actor clearly showed. Lisa’s class added some fun elements this year, adding jokes and including trivia questions for the audience. Guessers were gifted with an autographed bookmark!

After the ceremony, attendees were invited to compete in a scavenger hunt in the afternoon. The talented and amazing (local author) Colleen Nelson organized a scavenger hunt. Students were given a map and clues where they could find hidden pictures of dogs. Once located, the students had to answer a multiple choice question about the nominees from the 2017 list. Students enjoyed running around the Forks on a beautiful fall day and were rewarded with a selection of Canadian books provided by the numerous publishers who support MYRCA every year. Thank you publishers! 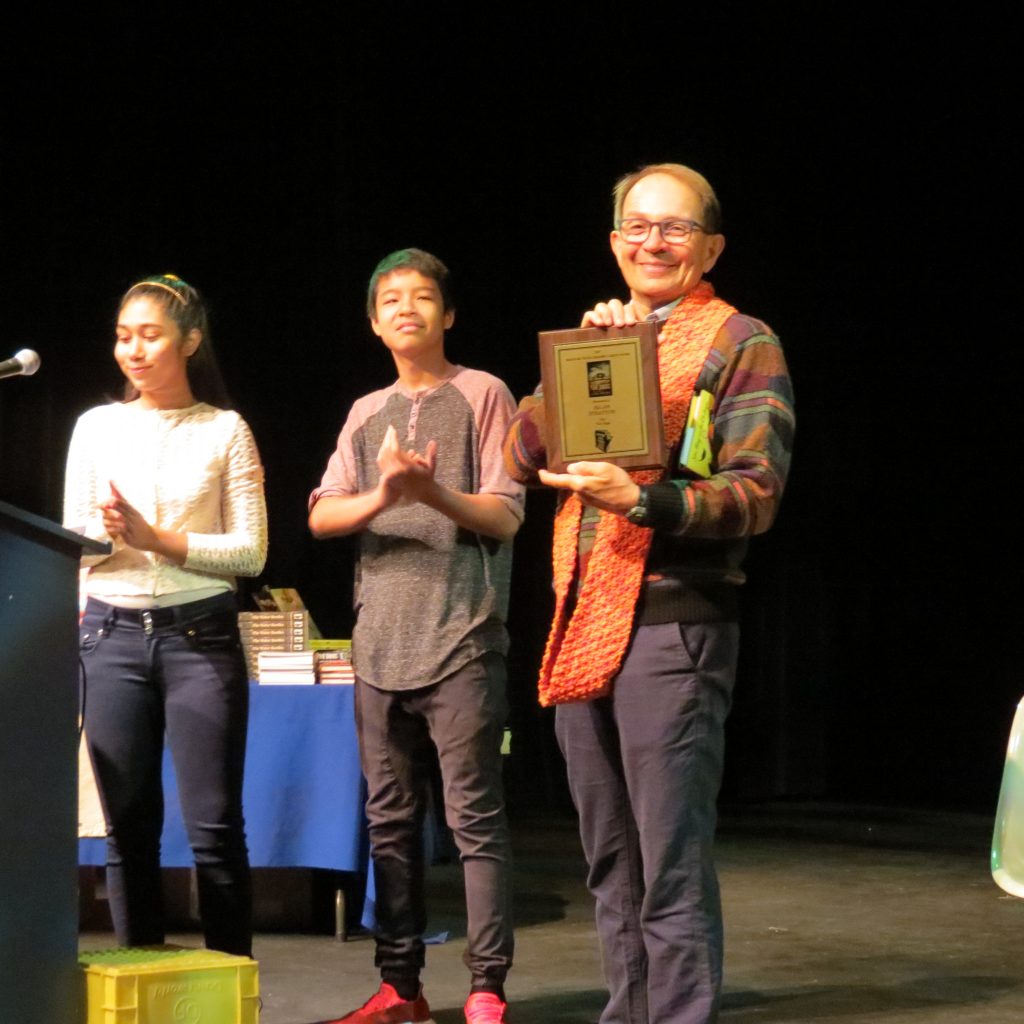 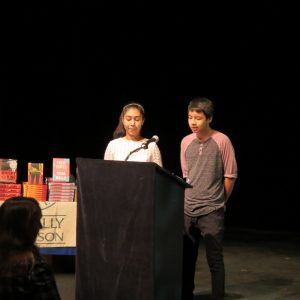