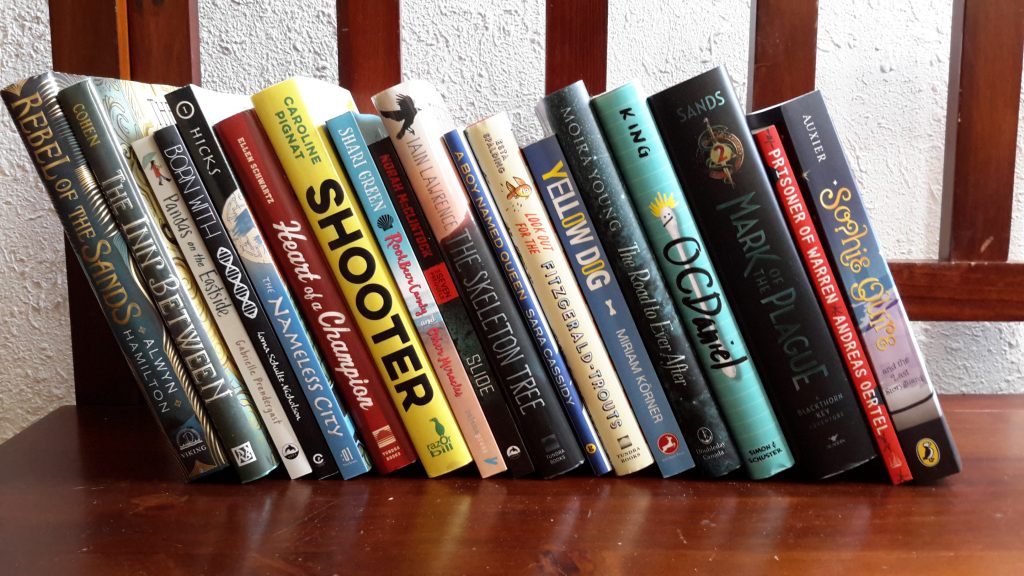 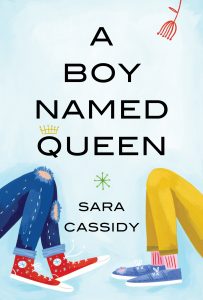 Up until the first day of fifth grade, Evelyn’s life has been routine, but then Evelyn meets someone who is anything but routine. From his bead necklaces to his heavily tattooed father, Queen is unlike anyone Evelyn has ever met. As the two eleven year olds get to know each other, Evelyn has to decide what’s more important, doing what’s expected or being true to yourself and who you are. 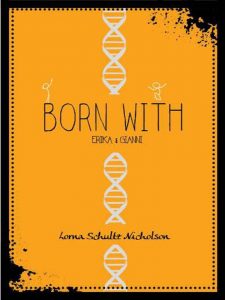 Erika and Gianni come together through their school’s Best Buddy program. Erika is a fifteen-year-old girl who loves to sing and dance and who was born with Down Syndrome. She and Gianni, her sixteen-year-old Best Buddy, decide to join the school musical together. Gianni works hard to be true to himself, but feels like he’s always hiding a piece of who he is from those around him. Together, they make each other stronger and braver. 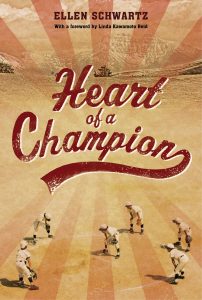 Heart of a Champion by Ellen Schwartz

The glory of playing for the Asahi Baseball Club was the ultimate goal for 9-year-old Kenji Sakamoto. He dreams of being a star baseball player like his older brother but he is constantly reminded of the obstacles that may prevent him from playing baseball. When war is declared on Japan, his family is sent to an internment camp and Kenji must try to overcome a whole new set of challenges. 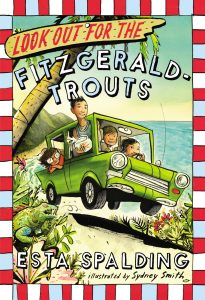 Look Out for the Fitzgerald-Trouts! by Esta Spalding

The Fitzgerald-Trouts live on their own in a small car on a tropical island filled with selfish grown-ups and bloodsucking iguanas, but as they grow bigger, sleeping in the car becomes very uncomfortable. Kim, age 11 and the eldest of the four, has a To-Do list; top item: Find a house. With beds! 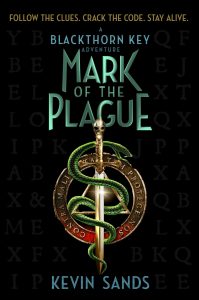 Mark of the Plague by Kevin Sands

Once again fourteen year old Christopher Blackthorn’s life and shop are in mortal danger. A serious health scare is sending the city into paranoia and fear. Cures are promised but who can be believed? Christopher and his faithful friends need to decide who to trust with their secret and who can help them discover the cure before the whole city falls. 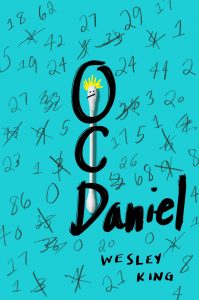 13 year old Daniel is trying to navigate middle school, but he suffers from OCD (obsessive compulsive disorder), or “zaps”, as he calls them. He thinks he’s crazy and is worried that everyone will find out, especially his best friend and the girl he’s crushing on. Will assisting a new friend with a mystery help him finally see what is really happening to him and get him the help he needs? 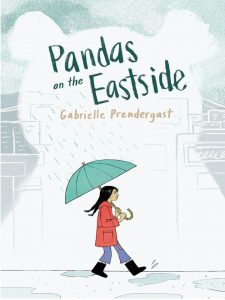 Pandas on the Eastside by Gabrielle Prendergast

Ten year old Journey and her mother live in Eastside, where there’s always something exciting happening. But nothing is more exciting that the two pandas that Journey discovers in a warehouse near her home. Journey decides it’s up to her to look after the pandas, but she can’t do it alone. Follow Journey as she rallies her friends, family and the entire neighborhood in an attempt to save the pandas from an awful fate. 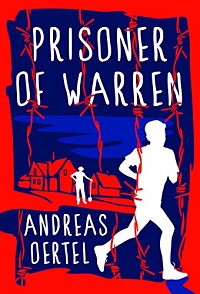 Prisoner of Warren by Andreas Oertel

When thirteen-year-old, Warren Web, discovers that his dad is bringing home a German prisoner of war named Martin to live and work on their family farm, he is mortified that his dad is willing to harbor a Nazi. As he lives and works side by side with Martin, he discovers that this young soldier is not who he was expecting. Martin and Warren end up discovering friendship in the most unlikely of places. 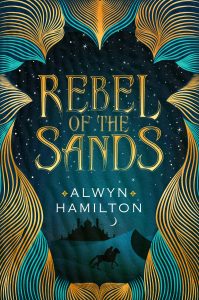 Rebel of the Sands by Alwyn Hamilton

Amani Al’Hiza lives in the desert land of Miraji, where monsters and djinn roam free. In the town of Dustwalk, one either weds or winds up dead. In an attempt to escape her fate, Amani uses her sharpshooting skills to run away with the new foreigner Jin, but things became complicated when she becomes involved with the rebellion in an attempt to reclaim the throne. 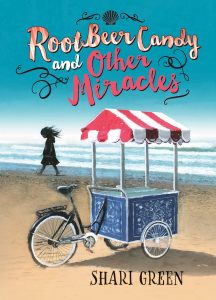 Root Beer Candy and Other Miracles by Shari Green

Eleven year old Bailey and her little brother Kevin are staying with their grandmother on the island of Felicity Bay while their parents try to repair their marriage. It doesn’t seem there will be too much to do on the quiet island town until an eccentric minister spreads a prophecy that a stranger from the sea will change everything. What will this creature be, and could it help bring a miracle into Bailey’s family? 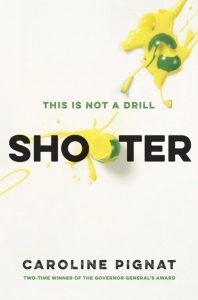 Five very different high school students are forced to endure each other’s company for a period of one hour – not a big deal. But what if that hour was spent in a school washroom during an actual lockdown?  Alice, Hogan, Isabelle, Noah and Xander share their personal stories in a variety of ways – all with the knowledge that a shooter is loose in the school. 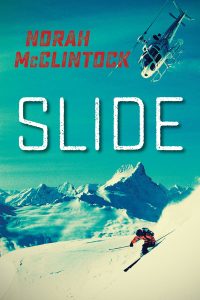 When 14-year old Rennie’s grandmother offers to take him skiing, he jumps at the chance. He’s happy to escape his controlling father. Up at the chalet, he meets Annie and gets caught up in a mysterious scheme with her shifty uncle. Rennie isn’t sure who he can trust when he realizes that Annie is in terrible danger! 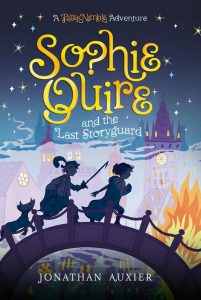 Sophie Quire and the Last Storyguard by Jonathan Auxier

Peter Nimble and Sir Tode are on a new mission. Together with a 12-year-old book mender named Sophie Quire, they embark on an adventure to solve the magical mysteries of a special old book, The Book of Who. Along the way, they encounter unanswered questions, danger, secrets…and even more magical books. 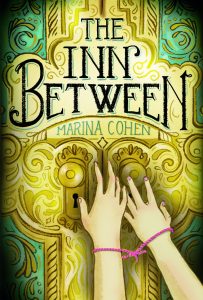 The Inn Between by Marina Cohen

Who doesn’t want to go on a road trip with their best friend? Eleven year olds Quinn & Kara were eager to spend as much time together as possible before Kara moved away. Along the way, they stop at a creepy, old Victorian Inn. From the moment they pull up, Quinn knows that something is off… really off. They are stuck with no cell reception, no TVs, and no way of knowing what will happen next. 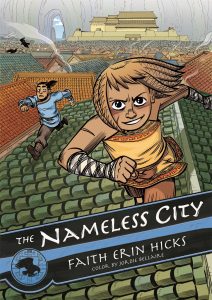 Can two people from opposing backgrounds ever become friends? Kaidu, a member of the Dao nation, has just arrived with his father in the Nameless city:  a place that has been re-conquered and re-named countless times by different warring countries. Rat, a street urchin, has lived in the city all her life, and like most residents, she hates the Dao on principle. But Kaidu’s love of the city slowly begins to win over Rat, and she shows him a new perspective on both his new home and his own nation. 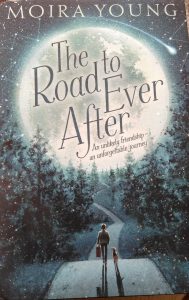 The Road to Ever After by Moira Young

Davy David is a thirteen year old orphan, leading a simple life, doing odd jobs around town for money by day and painting angels in the dirt by night. His life is turned upside down one day when he’s hired by the town eccentric, Miss Flint who wants Davy to drive her to her childhood home. How can he do that when he doesn’t even have a driver’s license? 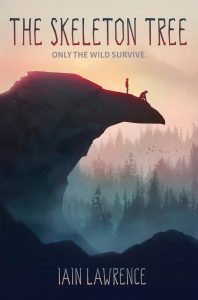 The Skeleton Tree by Iain Lawrence

Shipwrecked on an isolated island, 12 year old Chris needs to get along with Frank, an older boy he barely knows. Together they move into a deserted shelter and Chris befriends a raven who begins to follow him around. The raven seems to guide them to a creepy, dying tree full of mysteries. Can Chris and Frank overcome their differences and survive on the island long enough to be rescued? 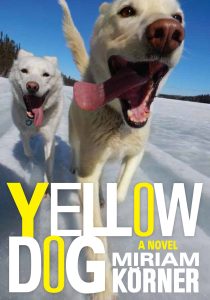 A stupid prank, a chance meeting with a stray dog, and a shared interest with an elder leads 13 yr old Jeremy down an exciting new path. Will his friend Justin understand or make fun of him? Why is his mom so against him being out on the lake with the dogs? Can he make the people he cares about understand just how important dog sledding has become to him?